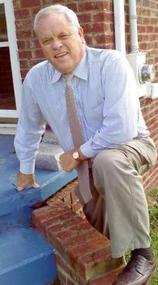 Terry Nida, President and Owner
Terry Nida has lived in many places throughout his life, but spent most of his years in Rossville, GA,
before moving to Hixson, TN. He first came to Tennessee Georgia Memorial Park in 1984 as a Pre-Need
Counselor. He has experience in all aspects of the company  After working as a Pre-Need Counselor, Terry
transitioned to a Family Service Counselor and Director of Sales before buying the cemetery in 2004.
He has been part of the Georgia Cemetery Association since 2004 and served as President of the association
from 2011 to 2012. In his free time, Terry loves to go to University of Alabama football games, play golf, tennis,
and watch sports on ESPN. He has been married to his wife, Diedre, for over 35 years. They have two sons, one
daughter, two daughter-in-laws , and 3 beautiful grandsons 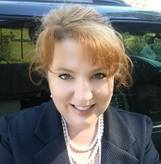 Vanessa McKeehan, Manager/ Family Service Counselor
Vanessa McKeehan has been employed by Tennessee Georgia Memorial Park since August 2009.
She began as a Family Service Counselor and currently, holds the tile of Cemetery and Sales Manager.
Vanessa is responsible for the monument division that orders and installs monuments for seven cemeteries
owned by Terry Nida. She is active in the Georgia Federation of Business & Professional Women's Club. She became a member of the Georgia Cemetery Association in May 2013 and served for three years.  Vanessa has two sons and a loving husband that also works at the cemetery.
In her free time, Vanessa likes to garden, shop, and spend
time with her family. 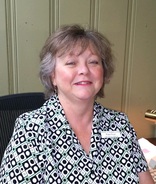 Pam Frye, Administator
Pam Frye grew up in Chattanooga, TN. She has been employed by Tennessee Georgia Memorial Park
since March 2010. As the Administrator, she takes care of all the administrative details.  She is also the Pastor of Harrisburg Church of the Nazarene in
Lafayette, GA. In her free time, she likes to read and spend time with her family and church group.
Grounds Crew and staff
Powered by